The 6 Pack Football Picks (Week 2) by Alfonse IZ-Real: Not the average Joe!

What’s up peeps! What is good in your hood this week?   In my hood things are only “so so” because although I had a very successful day on Saturday picking the college games, I should have gone 4 and 0, but had a winless Sunday picking the Pro Games. All in all, I came out even.  So with a quick recap of last week I give you the Good, Bad, and UGLY!

For the Good: I told the world that Temple would cover those 7 points easily against Penn State because “the line was telling me something”. Temple has never been less than a double-digit dawg in the last 50 years and TU was winning outright to the last minute.  I gave you guys Iowa -3 against an unbeaten Pitt team and Iowa won by 4. The “Murda Pick” of West Virginia +2 against Maryland on the road hit as WV won the game OUTRIGHT.

For The Bad: I gave you guys Toledo plus 20 against the 4th ranked Boise State, and Toledo looked like they had an easy cover going into the 4th Quarter but 2 big turnovers inside the Boise 10 yard line and a late TD with under 2 minutes by Boise prevented me from having a perfect college Saturday.  Also for “The Bad” I told you guys to take the Cowboys -3 against the 49ers. We all know what happened there with Tony Romo breaking his rib and a WR getting tackled on the 1-yard line in OT that game ended in a PUSH.

For the UGLY: I told you guys to take Baltimore and the Colts. I don’t need to get into what happened and make excuses because both of those teams got WASHED! I simply made bad picks but I’m getting it back this week.

So without further delay here are my picks. 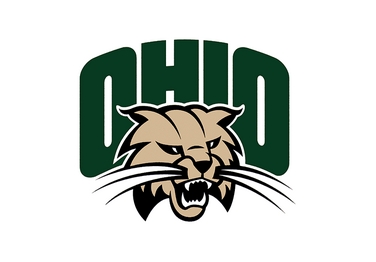 We will start off in college football and for the first pick take Ohio U, plus 4 points against Rutgers. “The line is telling me something” in this game. A MAC school only being a 4 point dog on the road against a Big East Team is telling me Ohio U will not just cover this game, but might also win OUTRIGHT!

For my 2nd game, take Florida State in a “pickem” game over Clemson at Death Valley.  Sure, Clemson just knocked off the Defending Champs in Auburn, but the last time I looked I didn’t see Cam Newton rocking the Auburn uniform. And, yes, the Seminoles just lost at home to the number 1 ranked Sooners, but that game was tied with 7 minutes left. I expect Florida State to win this game on the road by double digits.

For my 3rd college game take LSU -6 on the road against a very tough West Virginia team.  LSU “got too much D” and a bunch of 1st round picks in the secondary. I can’t see them NOT picking off the WV QB at least 2 times. My man Jay is on fire so far this year and his “Murda Was The Pick He Gave Me” is Toledo plus 3 against Syracuse on the road.

For my 1st pro game I like New England -9 against the undefeated Buffalo Bills. Buffalo is about to experience reality, and they ain’t gonna to like it.  I see the Pats winning this game by 20 because Tom Brady is on some different stuff this year.

For my 2nd game take the Minnesota Vikings -2.5 at home against the much improved, undefeated Detroit Lions simply because if the Vikes lose this game at home their season is pretty much over.  The Vikes could easily be 2 and 0 and I expect them to take an early LAST STAND.

For my last game (and I really don’t want to do this) but I have to take the Jags +3.5 on the road against Carolina. I think Cam is “The Real Deal”, but I expect him to finally have a below average game. I think the Jags “pocket Hercules” Maurice Jones-Drew will have a huge game.  I hope Cam gets his 1st win but my money says if he does, it will be by less than 4 points.

So there you have it peeps! Those are my weekly picks and by the end of the weekend I expect our pockets to be FATTER.  So till next week….

More in this category: « Pro Quarterback Drills, Skills, and Technique: Mastering the Footwork and Drop Steps Create Your Own Football Team: Insider Tips and Tricks for A Successful Fantasy Football Season »